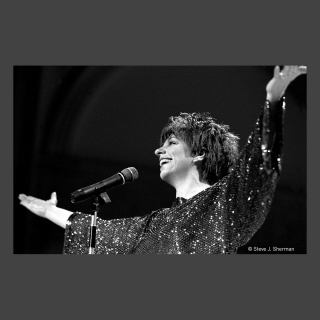 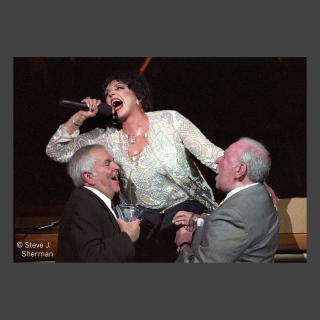 Liza Minnelli performing at the lip of the stage with composers John Kander and Fred Ebb, who came up from the audience during a Salute to Kander and Ebb at Carnegie Hall, 11/3/03. 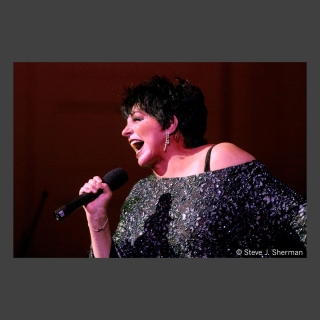 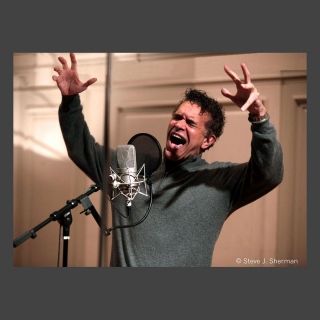 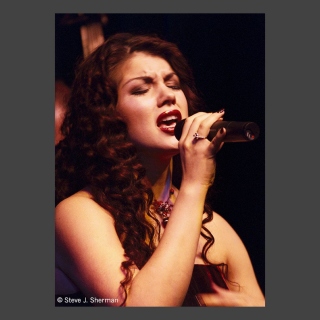 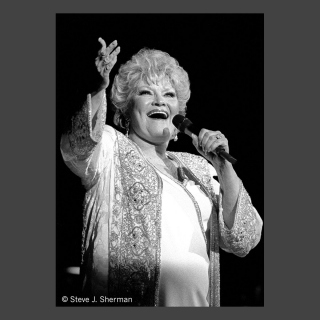 Patti Page during her Golden Celebration concert at Carnegie Hall, 5/31/97. 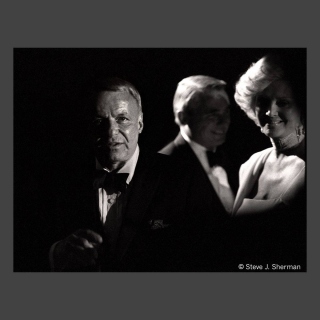 Frank Sinatra, with Nancy Sinatra (and unidentified man) behind him, in the wings getting ready to go on stage, NY Hilton 6/4/84. 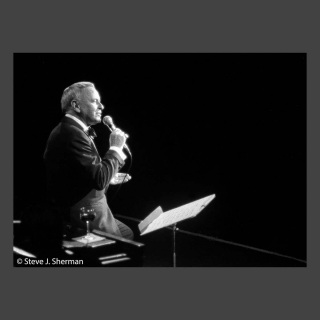 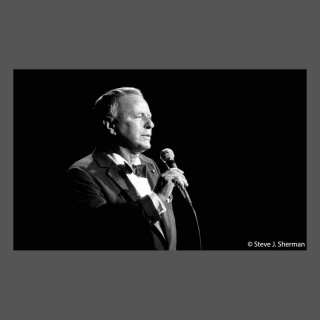 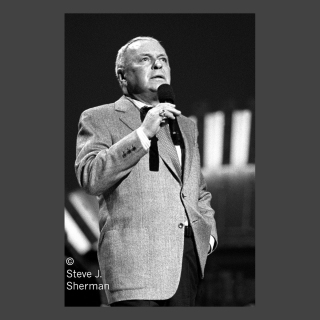